The Oyster Bed LLC is a purpose-driven company that serves. Our purpose is to use our innovative cookware to enable professional chefs and home cooks alike to cultivate creative cooking while simultaneously using our brand to educate our customers on the value of oysters to the world's coastal ecosystems. While our various cookware products serve some of the most savory seafood dishes, our brand and our team members serve the very coastal estuaries that provide this flavorful bounty.

Brothers Tommy & Adam have grown up with a deep-seated appreciation for the coastlines and estuaries of our great nation, while developing a passion for the culinary arts, product design & sustainable coastal living. With careers in both Military and Public Service, the Waller brothers bring their personal innovation and passion of service from those arenas to the industries of cookware design and coastal restoration.

The Oyster Bed, as a product idea, was born out of a Waller family tradition whereby the entire family gets together in advance of Tommy’s overseas deployments to share quality time, quality drinks, and quality seafood! Prior to Tommy’s deployment to Africa in 2012 the family’s November 2011 gathering produced this idea.

Like most of the good ideas involved with The Oyster Bed, the product was conceptualized by Adam. Adam also came up with the company name. The two brothers immediately formed their company and while Tommy was off in Africa with The Marines Adam got hard to work on designing, testing, and evaluation. 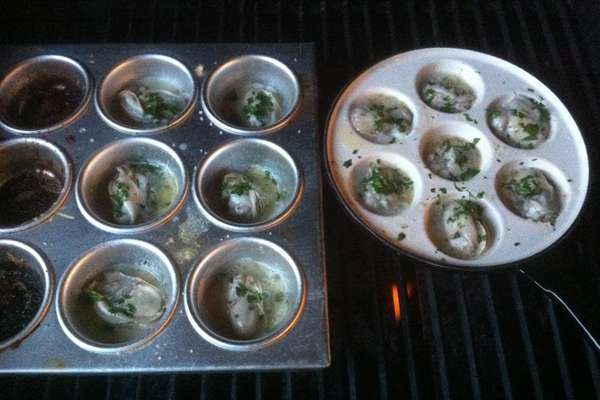 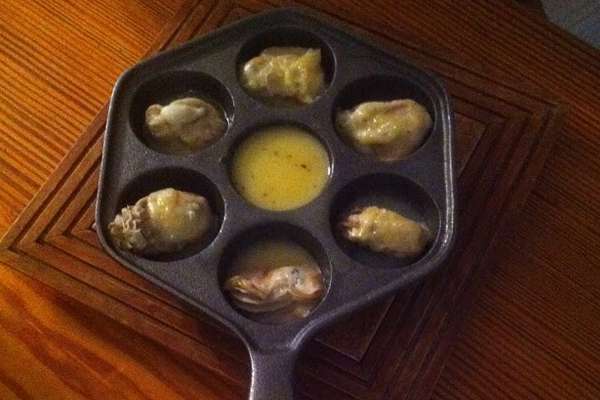 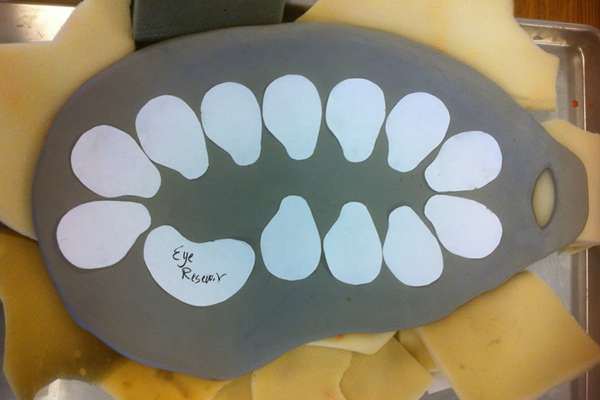 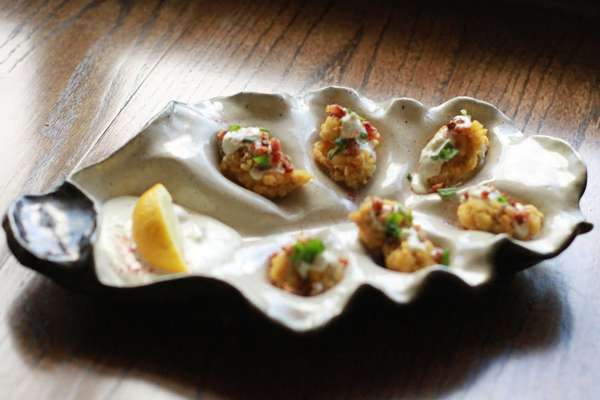 During the Testing and Evaluation phase Adam experimented A LOT with clay and we were very blessed to meet the Louisiana Pottery King - Kent Follette in the process!

Kent went on to create 30 limited edition Oyster Beds for our Kickstarter Launch. The story of our relationship with this master of pottery is featured here in this video:

We spent nearly a year of searching for the highest performing material for The Oyster Bed. We toured cast iron and ceramic manufacturing facilities around the US, but were not satisfied with the performance of these materials.

After much market research and talking to home chefs and commercial chefs, we realized that we needed a product that was not only easy to handle, but also durable and easy to care for.

It was at this time that we discovered the unique features of a specially formulated aluminum alloy. This unique metal alloy was the perfect match, blending the thermal qualities and durability of cast iron with the “lightness” of ceramic, making it comfortable to handle even when loaded with food.

HOW DOES ORDER FULFILLMENT WORK?

Each Oyster Bed is packaged for shipment by a selected fulfillment center and shipped (usually within 1 business day of order placement) from their warehouse. 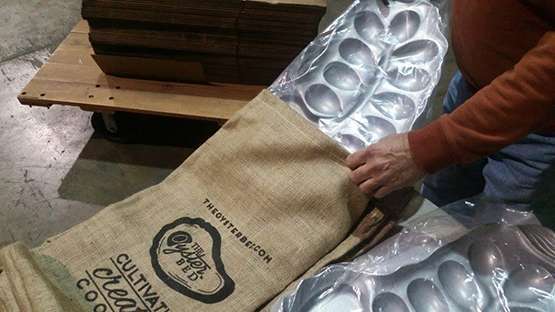 Unique Features of Our Cookware

Archaeologists have ample evidence that they have been enjoyed since the dawn of humanity….so we’re not unique in our love for this delicacy! They, like more than 80% of the world’s human population, thrive in the littorals. Fortunately for us, they do a much better job than humans at keeping the environment healthy. As a keystone species they form the foundation for healthy coastal estuaries, filtering more than 50 gallons of water a day and supporting every form of aquatic wildlife. When oyster reefs are healthy, so is the environment. In fact, just a century ago oysters were so abundant in the Chesapeake Bay (our nation’s largest estuary) that its entire volume was filtered approximately once a week and visibility exceeded 50 feet!

While the Chesapeake is America’s largest estuary, the Gulf of Mexico actually supports the largest remaining wild oyster harvest in the world.   Though worldwide production of oysters totals nearly 3.7 million tons, 60% is consumed in the United States.   The Gulf yields 70% of the shrimp and oysters caught in the U.S. and supports more than 30% of the nation’s recreational fishing trips annually. The commercial and recreational fishing in the Gulf depends on the health of the ecosystem, which is largely affected by the health of the oyster reefs. At the same time, the largest port system in the world (from the mouth of the Mississippi River to Baton Rouge - which supports more than 20% of the nation’s waterborne commerce) is also dependent on the health of this ecosystem and its ability to provide a buffer to tropical storms and hurricanes. Unfortunately, in the last 25 years, Louisiana has lost an equivalent of one football field per hour in coastal erosion.

Fortunately, Oysters reefs provide a type of protection for our nation’s coastlines unlike any other. They are self sustaining and reduce the energy of high power waves as much as 76 to 93 percent. These facts are contributing to a greater awareness about the value of the oyster and its reefs, leading to oyster restoration and recycling efforts nationwide, 17 of which have been formed along the eastern seaboard and the Gulf coast.

With worldwide production of oysters totaling nearly 3.7 million tons, this produces roughly 7,400,000,000 pounds of shell and despite recycling initiatives, many tens of billions of oyster shells end up in landfills every year. At the same time, our oyster fishermen buy and transport hundreds of thousands of tons of crushed concrete and limestone into our estuaries every year in an attempt to create the foundations for new reefs.

Thankfully, The Oyster Bed is helping both raise awareness about these issues and also incentivize consumers to cook and eat oysters without the shell - enabling shucking houses and fishermen to return these shells to the places where they’re desperately needed - our estuaries.

Subscribe today to get the scoop on our latest recipes and discounts promotions!

By clicking enter you are verifying that you are old enough to consume alcohol.

Your cart is currently empty.